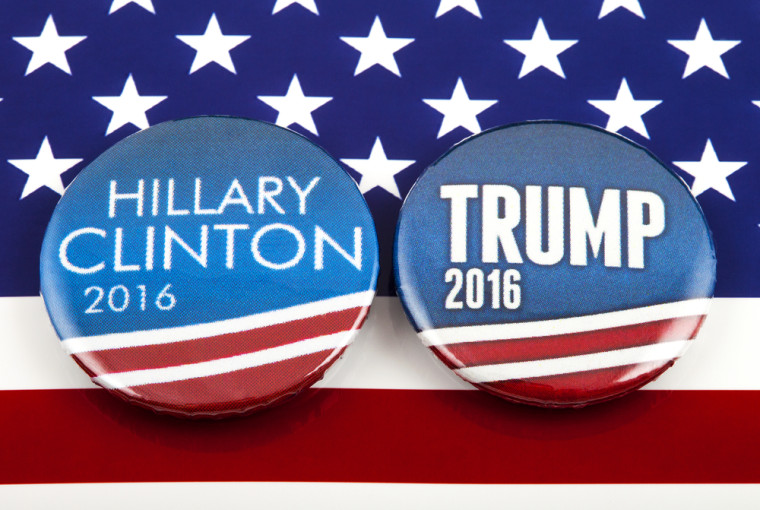 In all my years of voting and participating in the democratic process, I have never witnessed a presidential race like this one. When I thought I could not be surprised anymore, Donald Trump and Secretary Clinton took me on another infamous adventure and down the rabbit hole of lies, spins, and deflections. So, as I watched the first presidential debate last night, I learned at least five lessons.

1. Politicians are wounded and flawed.

As I watched the debate last night, it was very clear that both presidential candidates are fundamentally flawed and fallen individuals. This fallenness should not surprise us by any means. If you know the biblical story, you know that humanity sinned and rebelled against God’s vision for them. The consequence of this one act of rebellion was comprehensive. Sin touched and spoiled every area of the human race, including politics. Michael Goheen, quoting the Contemporary Testimony of the Christian Reformed Church, says:

All spheres of life—marriage and family, work and worship, school and state, our play and art—bare the wounds of our rebellion. Sin is present everywhere—in pride of race; in arrogance of nations; in abuse of the weak and helpless; in disregard for water, air, and soil; in destruction of living creatures; in slavery, deceit, terror and war; in worship of false gods; and in the frantic escape from reality. We have become victims of our own sin.

Consequently, politicians and politics are victims of humanity’s rebellion against a holy and righteous God. So, when we see candidates spinning the truth or bashing one another, we should not become disillusioned and angry. We should expect this type of conduct from fallen and flawed humanity by now.

My Learning: The more I realize the depth of my sin and woundedness, the more I can understand and appreciate God’s grace.

2. Many words ultimately lead to sin.

Solomon, in Proverbs, advocated restraint in our speech. Those who talk too much show their ignorance and leads to ruin (18:6–7). Knowing when to remain silent leads to the avoidance of trouble (21:23). A fool’s silence may even make the fool seem wise (17:28). Both candidates talk a lot, spin the truth, and are not economical with words. As a result, they have revealed their lack ethics and moral fortitude. The more they speak, especially Trump, the more we can peer into their hearts. Talking to the Pharisees, Jesus connected the heart with the mouth.

You brood of snakes! How could evil men like you speak what is good and right? For whatever is in your heart determines what you say. Matthew 12:34

So, based on this verse, our mouths are not the issue. Our heart is. If you change a person’s heart, you change their speech.

My Learning: The best way to guard my mouth is to let Jesus transform my heart.

3. Integrity is not necessary for public office.

I remember when integrity was necessary for political office. Truthfulness guarded your character against arrows of unfounded criticism. Having a posture of honesty is no longer the case. Consequently, neither political candidate is trustworthy, has an honest character, or moral mettle. Clinton has lied about her private email server, the Clinton Foundation, Benghazi, TTP and so many other issues. Trump lied about birtherism, his tax returns, Global warming, and about a host of other matters. The Bible is clear on the matter of integrity:

People with integrity walk safely, but those who follow crooked paths will be exposed.

Therefore, an honest person is secure in his or her attitude and conduct. God will expose, humiliate and ruin those who lack integrity. Lies and spinning the truth have exposed each candidate as untrustworthy and unethical.  This new politic troubles and disturbs me, but does not shock me. There is only One who is wholly holy.

My Learning: My public and private life should be united in holy matrimony.

Close to 100 million people tuned in last night, not to hear the issues, but to see Trump and Clinton attack one another. In the first fifteen minutes, I was optimistic. It seemed like it was going to be a civil debate – challenging one another on the real issues facing our country. They quickly disappointed my optimism. The gloves came off, and the attacks began. I think many people got what they were looking for. In this political season, unity and civility are boring and annoying.

Though Democrats and Republicans differ on many issues, the one thing I know they agree on is working toward a “more perfect union.” It would have been nice to hear the candidates talk about a few more issues on which they agree. Many issues divide our country – race, economics, morality. We need candidates to bring us together rather than drive us apart.

My Learning: The Spirit is the only One who can unite me with brothers and sisters who are different from me.

5. Public office is not about serving others.

I thought public service was about humility and focusing on others before you focus on yourself. I was wrong. Narcissism and hubris mire us in this new politic. Rather than talking about how to serve the American people, the candidates spent most of the night talking about themselves. Trump talked extensively about who has endorsed him and how proud he was of himself. Clinton’s poised posture came across as smug. We did not hear either candidate say:

“I am fighting for you.”
“I am running for president because I want to serve you.”
“The American people are my core passion.”

So, the candidates reminded me last night that there is only One who is the ultimate antithesis of hubris and narcissism.

You must have the same attitude that Christ Jesus had. Though he was God, he did not think of equality with God as something to cling to. Instead, he gave up his divine privileges; he took the humble position of a slave and was born as a human being. When he appeared in human form, he humbled himself in obedience to God and died a criminal’s death on a cross. Therefore, God elevated him to the place of highest honor and gave him the name above all other names, that at the name of Jesus every knee should bow, in heaven and on earth and under the earth, and every tongue declare that Jesus Christ is Lord, to the glory of God the Father. Philippians 2:5-11

My Learning: Selfless service is the road that leads to honor.

What lessons did you learn from the first presidential debate?

23 Declarations I’ll Make If Trump or Clinton Is Elected