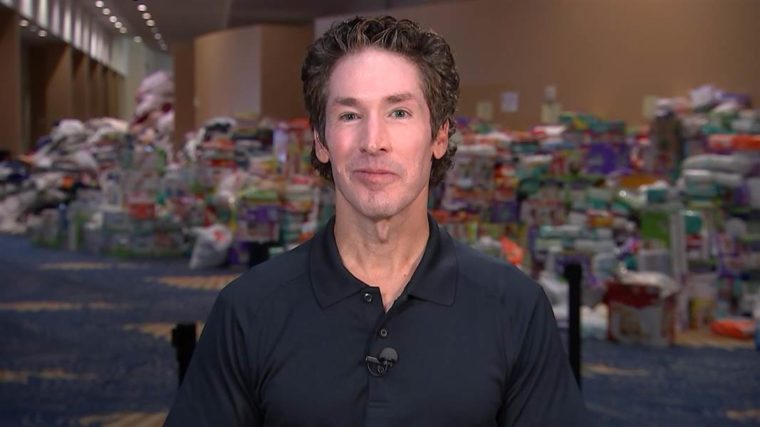 Several days ago, Hurricane Harvey ravaged parts of the Texas Gulf Coast, including parts of Houston. The storm took the lives of some and displaced thousands. Many churches, mosques, and even furniture stores immediately opened their doors to shelter victims.

But, Lakewood Church, the largest church in the country, initially closed theirs. According to Lakewood officials, the church did not open its doors because the flood waters made it inaccessible. Based on pictures, the church did appear to have taken on a lot of water from the flood. But, then Pastor Osteen gave another fascinating reason why they did not immediately open their doors. They did not immediately become a refuge because the City of Houston didn’t ask them. Lakewood didn’t initiate compassion; they waited for Houston to ask them to show compassion. The fury of the social media onslaught was quick, ferocious, and unrelenting, making Pastor Osteen a walking meme. Probably, rightfully so. This explanation is unconscionable.

With that said, because he is a brother in Christ, we are obligated to give grace to Pastor Osteen. To be fair to Joel Osteen and Lakewood Church, they did open their doors to shelter people who have been displaced by Hurricane Harvey, albeit after a boat load of pressure. Moreover, in 2016, Clay Walker, along with Joel Osteen and Lakewood, hosted a benefit concert when a flood displaced thousands in Houston. They raised and donated hundreds of thousands of dollars to the city of Houston. So, I think we should give him a little grace because God has been gracious to us. Also, when we make mistakes like this, we, too, will want and need grace. With that said, his response to Hurricane Harvey, however, was unGod-like and a major leadership mistake.

One Problem With Joel Osteen’s Response

His response and posture were very problematic, for at least one reason. Joel’s Osteen’s response is problematic because of the nature/character of God.

It is God’s nature to initiate compassion and rescue.

Then the Lord told him, “I have certainly seen the oppression of my people in Egypt. I have heard their cries of distress because of their harsh slave drivers. Yes, I am aware of their suffering. So I have come down to rescue them from the power of the Egyptians and lead them out of Egypt into their own fertile and spacious land. Exodus 3:7-9

God doesn’t wait to be asked to show compassion; he lovingly responds to the suffering of his creation. Here is an additional sampling of Scriptures where God initiates.

Waiting on Houston to ask Lakewood to become a shelter, rather than taking the initiative to be a haven, Joel Osteen was so unGod-like. Now, I am not saying Joel Osteen is not a believer. All I am saying is, in this instance, his initial response did not adequately reflect the nature of God.

God initiates compassion, and he expects his kids to do likewise. In fact, the Father’s love for his children creates capacity in them to initiate compassion towards others.

Part of what it means to go further into the gospel is to initiate compassion toward the marginalized.

When we live under the reign and rule of God, we will reflect the nature of God through initiating compassion toward others. Matthew 25:31-46 is one of the clearest passages in the New Testament to highlight this truth. In the Kingdom of God, practicing mercy and justice on behalf of “the least of these,” is what ultimately separates those who enter life and those who do not.

The gospel gives us eyes to see needs and to initiate a compassionate response.

If we see needs and do not initiate a response, then it proves that we have not yet been gripped by this good news that renovates and revolutionizes the heart. Let’s ask the Holy Spirit to make us sensitive to the cries and suffering of people in our world.

Yes, Joel Osteen’s response was a leadership mistake and his reputation is taking a big hit for it. If he had to do it over again, he probably would initiate compassion rather than waiting for someone to ask him to show compassion. Like Pastor Osteen, I will make mistakes – big and small – but I am glad God continues to initiate compassion toward me, giving me second, third, and fourth chances to get it right.

With what needs, in your sphere of influence, will you initiate a response?

How Should Christians Respond To The Tragedy in Orlando