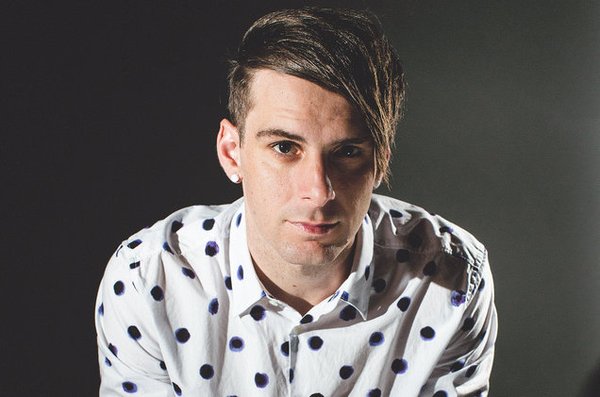 Since 2001, Trey Pearson and Everyday Sunday have sold 250,000 albums, with Wake Up! Wake Up! and Best Night of Our Lives being two of the most popular songs. Pearson, 35, who is married and has two children, in an open letter to his fans, ended his years of trying to hide his sexual identity:

I finally decided to come out because I couldn’t keep trying to be something that I wasn’t,” Pearson told the News Service, which broke the story in advance of an upcoming 12-page cover feature about his coming out in Columbus’ 614 Magazine. “I never wanted to be gay. I was scared of what God would think and what all of these people I loved would think about me; so it was never an option for me.

Now, I don’t pretend to know what it took for Pearson to make this decision. I don’t pretend to understand all there is to know about his internal conflict with his sexuality. Did he choose to be gay or was he born this way? I know don’t know. These are significant questions that only Pearson can answer.

In the article, Pearson said he continues to read the Bible, pray, and practice all other elements of his faith as a follower of Jesus. Pearson believes that the Bible does not prohibit “the kind of loving, committed gay relationships known to the modern world.” It seems Pearson doesn’t see any conflict with being a practicing homosexual and a practicing Christian:

There is absolutely no conflict with accepting who I am and following Jesus,” he said. “God wants me to be healthy, authentic, whole, integrated and my truest self.

When you have committed your life to the belief that God hates homosexuality and all of a sudden your son is gay, there is a strain,” he added. “You’ve always loved him and been proud of him and wanted him to fall in love, but now it conflicts with all this theology in your head. But it is changing in our country and I would like to see that change in my family and my church.”

As I read this article, I experienced conflict in my heart. I had compassion for Pearson. The way he described his internal struggle, I can only imagine the hellish prison he endured and endures. Yet, I could not allow my compassion to outweigh my commitment to the clear principles of Scripture regarding human sexuality.

Also, it seemed like Pearson was advocating changing Scripture to fit a changing culture, rather than shaping culture with unchanging Scripture. I have a real problem with this line of thinking. I know these are complex times and this is a complex situation. It is not as simple as saying: “Trey, just get over it,” and “Pray the gay away.”  Yet, even in the midst of complexity and a changing culture, we are called to an uncompromising commitment to God and his word. How should followers of Jesus respond to Trey Pearson, popular Christian rock artist, coming out as gay?

First, we should continue to hold to the biblical standard of human sexuality. God created human sexuality (Genesis 1:27), and it behooves us to understand his perspective on it. Whether culture agrees with it or not, or whether a popular Christian music artist or pastor agrees with it or not, sexual sin is sexual sin. The Bible is still the Word of God and the standard of living for followers of Jesus. It is foundational and unchanging (Deuteronomy 4:2; 12:32; Revelation 22:19).

The Bible is the wisdom of God, and even if the culture has changed its mind about human sexuality, God has not changed his mind. The Bible, not culture, should and must shape our worldview about how we should view human sexuality and how we should live our lives. The Bible is either right or wrong, the truth or deceptive, on issues of holiness in human sexuality (John 17:17). If it is right, then it must be our standard of living for all aspect of our lives. If the Bible is wrong, then we are building our house on an unsure foundation, and it is a matter of time before the storm collapses the entire house. Thus, I don’t think we should apologize for embracing the Bible as our standard for living holy lives.

According to Scripture, if Pearson is a genuine follower of Jesus – I have no reason to believe he is not – I believe he has a few options:

Second, we should pray for Trey Pearson and anyone who struggles with same-sex attraction and sexual identity issues. This is not a time to resort to homophobic slurs, fear, hatred, and Pharisaic self-righteousness. Not only should we pray for Trey and others who struggle with sexual identity issues, we should pray for ourselves, who struggle with racism and prejudice, gluttony, unforgiveness, anger, pride, materialism, greed, and lust.

Third, we should lead with love. In an attempt to protect God’s standard for human sexuality, we must not resort to being hateful and villainous toward the gay community. Our response as followers of the One who embodies love is to love everyone, yes, including those who practice homosexual conduct. We can live God’s standards and communicate what we believe without being obnoxious and hateful. Part of what this means is having meaningful and loving conversations with the LGBT community. The embarrassing part of this issue might be some followers of Jesus will boycott Trey’s future concerts and treat him like he isn’t an image-bearer. Let’s not embarrass the kingdom of God by being hateful.

Let’s trust God to lead us during and through these socially turbulent and uncertain times. God’s story has not changed. His plan for redeeming and reclaiming his creation is still on course. His method for redeeming the world hasn’t changed either – using his people to bring the light of the good news to the dark places in our world. We don’t have to force our light to shine; we humbly and simply let it shine by the way we love and by the way we live.

What are some other godly ways we can respond?

The Way We Think About Sex Is Broken