We all woke up to some very sad news today. After battling Parkinson’s Disease for the last three decades, Muhammad Ali, an American sports icon, died from respiratory complications in a Phoenix hospital last night. He was 74-years old. Another legend spoke his lines, exited stage right, and now the curtains are now drawn on his life. What lessons can we learn from this legend? 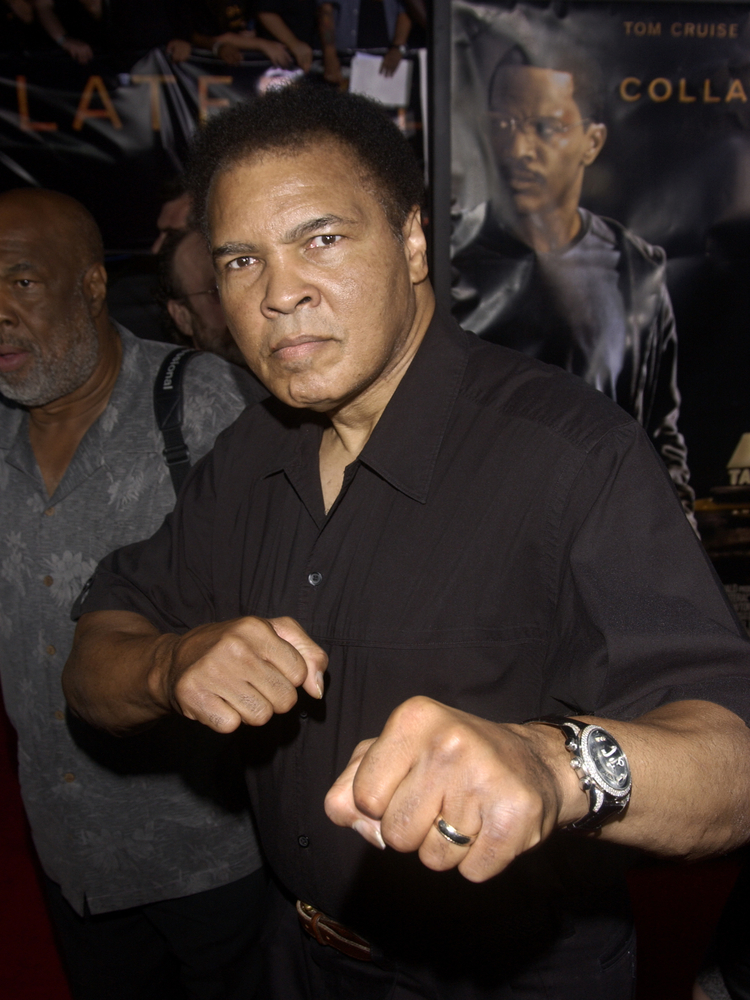 Born Cassius Clay, but later, because of his faith, changed his name to Muhammad Ali, taught us several life lessons.

Muhammad Ali talked a big game, but he actually delivered on his talk. A brash trash talker, normally with poetic glibness, Ali dismantled and enraged his opponents with his words before the match and then stepped into the ring and devastated and broke his opponent’s will with his gloves. Many called it arrogance – and I would agree to a certain extent – but much of it was confidence in his skill and ability. The silvered-tongue fighter talked a lot of trash to the likes of Sonny Liston, Joe Frazier, Floyd Patterson, and George Foreman outside the ring, but then backed it up when he stepped inside the ropes. He was three-times heavyweight champ, with a record of 56-5. He talked the talk and walked the walk.

Early in his boxing career and as his profile and popularity increased, he made a statement that would let us know that he would be a principled man. After he returned from the Rome Olympics, he was refused service at a restaurant in Ohio. Furious, Muhammad Ali stormed out of the diner, took off his treasured Olympic gold medal and threw it in the Ohio River. He was not just a boxer, but a civil rights leader, in his own right.

There was a second incident that illustrated this lesson. In the prime of his career, Muhammad Ali took a stand that would shock, not only the sports world but America as well. Because he did not believe the Vietnam war was just, he refused to fight. His words will go down in history as some of the most powerful anti-war, uncensored, and politically charged words ever spoken:

My conscience won’t let me go shoot my brother, or some darker people, some poor, hungry people in the mud, for big powerful America, and shoot them for what?” Ali said in an interview. “They never called me nigger. They never lynched me. They didn’t put no dogs on me.

His refusal to serve in the army and fight against the Vietcong came to a head with an appearance at an Army recruiting station, where he refused to step forward when his name was called. The government’s reaction was swift and harsh. He was stripped of his boxing title, convicted of draft evasion and sentenced to five years in prison. In his prime, he sacrificed three years of his boxing career to stand up for what he believed. His convictions and values were more important than his boxing career. More important than a belt or a title.

Admittedly, this was a lesson he learned later in life. Dan Wetzel quoted Ali as saying:

Maybe my Parkinson’s is God’s way of reminding me what is important,” he said. “It slowed me down and caused me to listen rather than talk. Actually, people pay more attention to me now because I don’t talk as much.

For those who followed Ali’s career knew that he was the original trash-talker. But, it seemed like he gained perspective on why God gave us two ears and one mouth. James tells us to be swift the listen, slow to speak and slow to become angry (James 1:19).

After beating Sonny Liston, Ali proclaimed himself the greatest of all time and king of the world. I understand his self-confidence. He was certainly one of, if not the greatest fighter of this generation. His speed, his intelligence, his skill, and his bravado definitely made him one of the greatest fighters our world has ever witnessed. I am grateful for Ali’s life and legacy. Yet, as great as he was, Ali’s greatness pales in comparison to Jesus, the True Greatest of all time. For Ali to truly be great he needed to know the One who truly and Ultimately great.

Paul, talking about Jesus, reminds the Colossians of Jesus’ greatness:

What other lessons can we learn from Muhammad Ali?