On September 11, 2001, I walked through a haze of grief, shock, and solemnity as I entered Calvary Church. Some ministry partners wept. However, others huddled around a television, with horror painted on their faces. I thought someone on our ministry team had died. It was something far more sinister and dark. 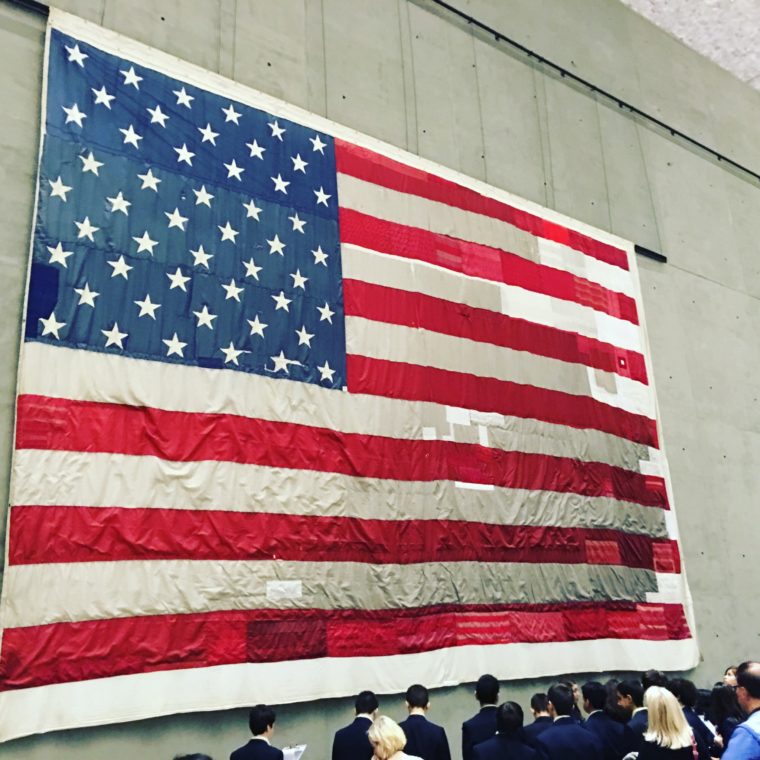 A Brief Summary of What Happened on September 11th?

On that fateful morning, 19 militants associated with the Islamic extremist group al-Qaeda hijacked four airliners and carried out suicide attacks against targets in the United States. They flew two of the planes into the towers of the World Trade Center in New York City. A third plane hit the Pentagon just outside Washington, D.C. And, the fourth plane crashed in a field in Pennsylvania.

Fifteen minutes after the aircraft hit the nerve center of the United States Military, the unthinkable happened. The World Trade Center south tower, like a Jenga game or a flimsy house of cards, collapsed into a cloud of smoke and debris. Then, around 10:30 a.m. the north tower crumbled, caved and dropped. The burning buildings – all 110 floors – collapsed right before our very eyes.

The black and gray clouds of smoke eclipsed the brilliance of that late summer morning and obscured freedom as we knew it. Our world changed in a matter of a couple of hours. Buildings that were designed to withstand 200 mph winds could not withstand the burning fuel of hatred.

These attacks resulted in extensive death and destruction. The events of 9/11 triggered major U.S. initiatives to combat terrorism. Over 3,000 people died during the attacks in New York City, Washington, D.C., and Pennsylvania, including more than 400 police officers and firefighters. 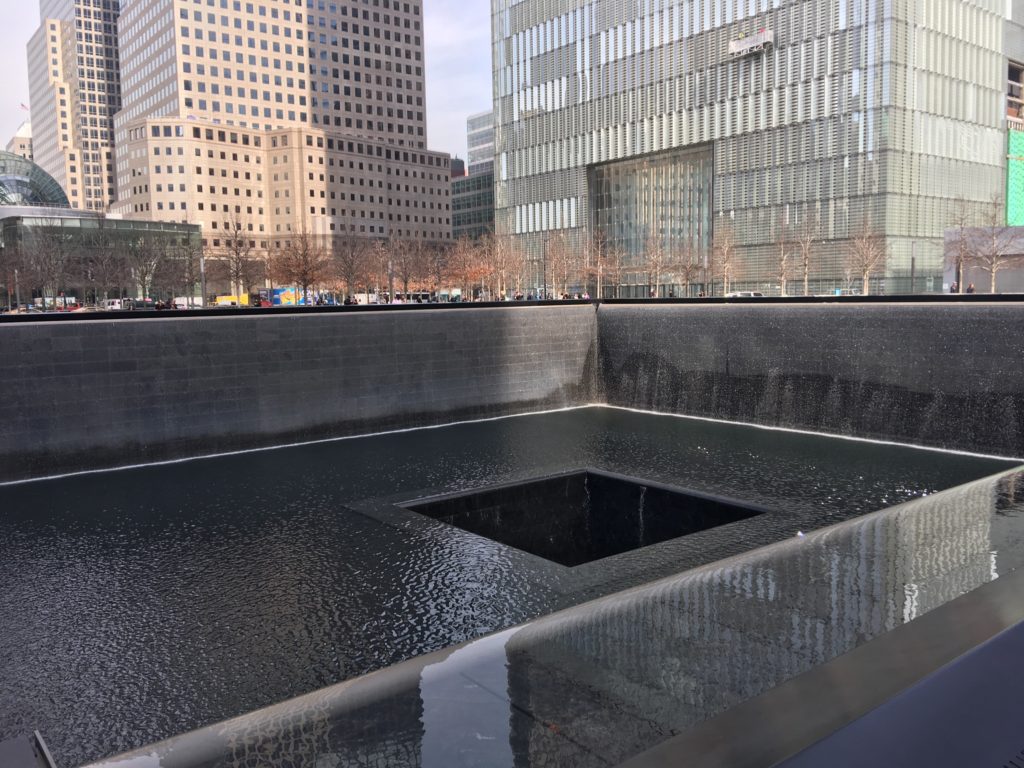 In March of this year, I finally had the opportunity to visit the site. Like when I visited the Cape Coast and saw where they held the slaves before the Middle Passage voyage, the World Trade Center Memorial overwhelmed me. It was almost sacred. I saw the faces of the 3,000 people who lost their lives. Real people with real families died.  I prayed for their families as I walked through the room which honored them.

Though it has been fifteen years, time will never erase their memories from our minds. Though we don’t know them, may we remember them! Remember their families in our prayers. Remember their sacrifice.

As I drank in the memories of the site, here are a few thoughts that kept swimming around in my heart:

As we remember what happened 15 years ago, may we always find hope and security under the shadow of the protection of our great God.

Question: Where were you and what were you doing on September 11, 2001? What impact did 9/11 have on you? You can leave a comment by clicking here.