Over the last week, we have been brought face to face with misogyny. Some have concluded that it was just “macho talk,” “locker room talk,” or “nothing more than words.” It was nothing more than misogynistic trash. Yet, some critics of the Bible say Christians should not judge because the biblical writers teach and endorse misogyny. Is this true? Does the Bible support misogynistic behavior? 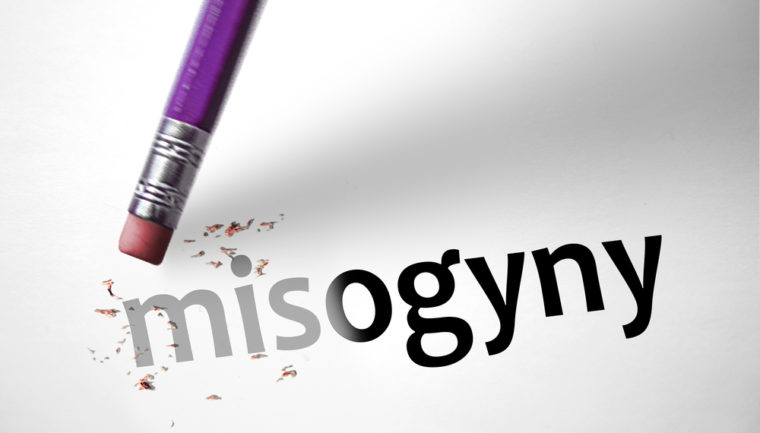 What is misogyny? Misogyny is the attitude or behavior of demeaning, degrading, abusing or violating women. It is treating women as intellectually and spiritually inferior to men. This kind of treatment allows for people to physically, verbally and emotionally abuse women. Now, misogyny comes in all forms. My passionate and fiery sister, Ashley O’rel, gave a pretty comprehensive list of misogynistic attitudes and behavior:  Sexual abuse, rape, sexual abuse of a child, making excuses for abusive language, dismissing comments of sexual assault as “locker room talk”, financial abuse, emotional abuse, spiritual abuse, speaking for them, treating them as juvenile and incapable of making own decisions, speaking of women as objects, expecting women to fulfill porn like fantasies, adultery, putting a spouse at risk for an STD, embarrassing women with sexist remarks, the gender gap, speaking on issues solely related to women as if it is their experience, and controlling behavior.  If you want to read a classic case of modern misogyny, read here.  However, the Bible summarily condemns this behavior. But, why would some people think that the Bible teaches misogyny?

Many critics of the Bible use several passages to attempt to prove that the Bible practices misogyny. One of the main passages is Ephesians 5:24. Paul instructs wives to submit to their husbands. Many Bible critics would say that this passage proves the Bible creates a misogynistic environment and objectifies women.

But, if we read the entire passage (Ephesians 5:24-28), we see something very different. First, the husband is commanded to love his wife like Christ loved the church. How did Christ love the church? He gave himself up for her. Christ does not demean or abuse his bride. But, he is self-giving. Misogynistic husbands live to demean their wives.  Secondly, men should care for their wives as they care for their bodies. Most people would not abuse their bodies. So, the same way we care for our bodies is the same way husbands should care for their wives. Jesus is the ultimate role model for men. He loves, serves, cares and provides for his Woman – the Church.

Why Misogyny Is Incompatible With the Bible

Here are five observations about why I believe misogyny is in conflict with the Bible:

Some critics read the Bible and see scenes rape and abuse of women (Genesis 34:1-3; 2 Samuel 13:14). Therefore, they conclude that the Bible endorses misogyny. For instance, let’s say a person sees a murder. If they describe to the police what happened, this doesn’t mean they support murder. They are just retelling what they saw. The same holds true for biblical writers. Thus, the authors merely describe the sordid details of misogynistic attitudes and behavior. They don’t ever endorse abusive treatment of women. Describing misogyny is different from supporting misogyny.

Rooted in a Jesus Worldview

So, the Bible is very clear. We should never objectify women. There is never an excuse to do so. We cannot blame an alpha male personality. We can’t dismiss it as “macho talk.” We cannot blame the environment. Abusing women is incompatible with the Bible. Plain and straightforward.

However, when our worldview is rooted in the Jesus ethic, the results will always be to honor, respect and elevate women. Jesus treated women with the utmost dignity, respect, and honor. Therefore, we should do the same.

What are ways men objectify, demean, and abuse women?

How can we do a better job elevating and dignifying women?