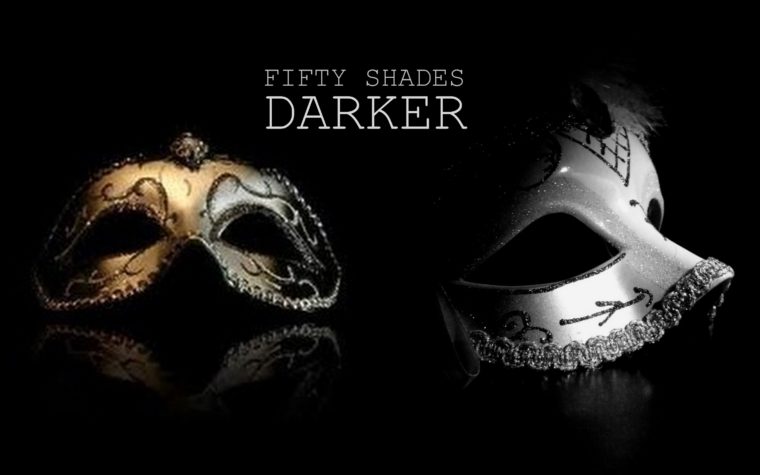 Timed for Valentine’s Day, Fifty Shades Darker, the new sequel to Fifty Shades of Grey (based on the best-selling romance series by E.L. James), opened last night in the UK and is opening in U.S. today. Several secular critics threw shade at the film, calling it a “travesty,” “Fifty Shades Dumber,” and its “own punishment.”

If you had already planned to see the movie then nothing I will say will convince you otherwise. However, if you are still on the fence about it and there is a UFC fight going on in your conscience, I advise you, as one of the shepherds of your soul, to NOT see the movie. I believe Fifty Shades Darker:

Cheapens the beautiful gift of sex

God created and ordained sex (Genesis 1:27-28). It is a beautiful gift, intended for human beings to enjoy. Men and women are designed to complement one another and to take sexual pleasure in one another. But, God has provided us with this beautiful gift for the full and glad expression of it in marriage (Genesis 2:23-24).

Originating in our fallen nature, sexual sin is any sexual activity that goes beyond the limits that God has set for the enjoyment of sex. This list includes, but is not limited, the following:

As in Fifty Shades of Grey, Fifty Shades Darker glorifies sexual sin, and it perverts the good gift of sex. Paul tells us to flee sexual sin, not run towards it (1 Corinthians 6:18). When we glorify sexual sin, it becomes easier to create our standards and desensitize our hearts to the holiness of God.

In the both movies, according to reviews, there are scenes of emotional and sexual abuse between Anastasia and Christian. I can’t even begin to imagine the trauma women and men have experienced at the hands of others. When we see abuse on the screen, disguised as romance, it desensitizes us to abuse and normalizes crime against women and men. Every man and woman is created in the image of God (Genesis 1:26) and deserves to be treated with dignity and honor. Dominating of another human being through emotional, physical and sexual abuse violates the Imago Dei in another person. This grieves the heart of God.

In both movies, according to reviews, Christian objectifies Ana by making her his sexual slave. What is means to objectify women is to degrade them to the status a mere object. We reduce them to just their physical appearance and sexual parts. This is reprehensible. Period. God created women as beautiful gifts from his gracious hand. When we fail to recognize this, it becomes easier to treat women as objects. Also, the objectification of women will always end in emotional distance in a relationship.

God desires men to engage with women according to their full range of humanness, not just their physical appearance. We sacrifice emotional closeness when we see women as objects. Therefore, we must recognize that women are infinitely more than their bodies and objects to fulfill men’s sexual fantasies and desires.

What we place before our eyes, eventually seeps into and stains our souls. Because my heart is already wicked (Jeremiah 17:9) I don’t need to help my flesh out by watching a movie that would stimulate my flesh and soil my soul. The Psalmist was so desperate for life and the preservation of his soul, he prays that God would turn his eyes away from worthless things and guard his heart through the Scriptures (Psalm 119:37). Job made a covenant with his eyes that he would not look with lust at a woman (Job 31:1). Trip Lee, in his song Covenant Eyes, encourages us to submit our eyes to King Jesus.

If you are still on the fence about seeing the movie, ask yourself several questions:

What desire in my heart am I trying to fill that Jesus cannot fill?
Will seeing Fifty Shades Darker draw me closer to Jesus or be instrumental in pushing me away from Jesus?

As God’s holy people, we are called to think and behave according to kingdom values. Personally, I don’t see how watching Fifty Shades Darker will promote kingdom values and shine our light in a dark world.

What are some other reasons why you believe Christians should not see Fifty Shades Darker?