As I ambled into the house Tuesday night, I was met with: “Dad, it happened again.” Out of curiosity, I queried: “What happened again, son.” With a tinge of anger, shock and sadness, Marvin Jr. said: “Two white police officers shot another black man.” Inherent in his relaying this information was a cry for a village talk – wisdom in the midst of confusion and questions. What should and could I say to my 19-year-old black son? 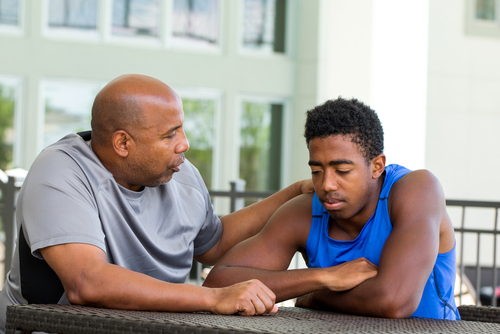 We went to our trusted news source, Twitter, and found the video of two Baton Rouge police officers shooting Mr. Alton Sterling in cold blood. As of this writing, another white police officer in Minnesota shot and killed another black man, Mr. Philando Castile, and a sniper went on a shooting spree and killed 5 Dallas police officers and wounded 6 more. The video footage from all three shootings is troubling and disgusting.

“I Need The Village”

On Wednesday afternoon, a distraught single black mother called me, saying she needed the village. When she said she needed the village, she was referring to the old African Proverb: “It takes a village to raise a child.” It was her way of saying that she had an issue that she could not handle alone. Why did she need the village? After her 16-year-old son heard the news and watched the video of police officers gunning down Mr. Sterling, he sobbed uncontrollably.

He could not understand how these officers could take Alton Sterling from his family so quickly. He asked his mother: “Mom, how am I supposed to succeed in a world where the majority, especially white cops, view me as a disease?” Profound question. As a black single mother, she needed the village. So, I became his surrogate father for an hour and a half. What “village talk” could and should I give to my newly adopted 16-year-old son?

Though it troubles me that I need to have these kinds of conversations with my young men, I think it is necessary if I want them to survive in this America. So, I used the following talking points to have “village talks” with two amazing black young men.

How long, O Lord, must I call for help? But you do not listen! “Violence is everywhere!” I cry, but you do not come to save. Must I forever see these evil deeds? Why must I watch all this misery? Wherever I look, I see destruction and violence. I am surrounded by people who love to argue and fight. The law has become paralyzed, and there is no justice in the courts. The wicked far outnumber the righteous, so that justice has become perverted. Habakkuk 1:2-4

Injustice was not only Habakkuk’s burden; this should be our burden as well. God asks us to take these struggles just as seriously as he does. Taking these struggles seriously necessarily include correcting injustice, ending oppression and doing good to every person Jesus died to save.

How will you talk to your children about the recent police shootings?

What can we do to excise the cancer of injustice from our world?