For most Christians, we got married so we could have good sex – God-honoring sex. Sex is not the marriage, but it certainly is one of the perks and benefits of the marital relationship. But, how do we discover, rediscover, and maintain healthy sexual intimacy in marriage? Are there keys or guidelines to unlocking the door of “good sex” in marriage? 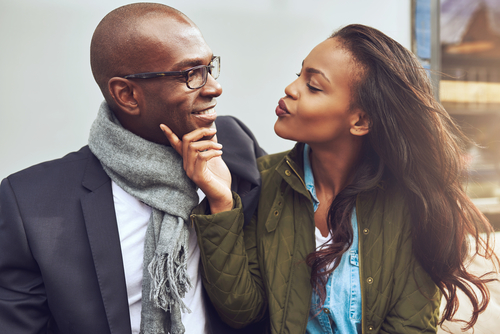 The Corinthians sent Paul a letter, asking him similar questions. He wrote 1 Corinthians 7 to clarify many of their questions, including, what are guidelines for sex in marriage and are there keys to unlocking sexual intimacy in marriage?

Paul says, the first key or guideline to experiencing good sex in marriage is found in the safety of exclusivity.

But because of the temptation to sexual immorality, each man should have his own wife and each woman her own husband. 1 Corinthians 7:2

Good sex – God-honoring sex begins with a very basic guideline: Have sex only with your spouse. Paul starts his answer to them in verse 2. There was such rampant sexual immorality in Corinth that Paul had to give them this very basic guideline. Sex is a wonderful gift from God, and it is designed to be a pleasurable experience between a husband and wife.

Paul says to the Corinthians that each should have their own spouse. “Should have” is a euphemism for having your own wife and your own husband, sexually. It was very common in this culture for men to have a wife plus other women, particularly prostitutes and mistresses on the side. Paul deals with these ungodly cultural norms head on. If couples were to have good sex – God-honoring sex, then the husband was to exclusively experience sex with his wife and the wife was to exclusively experience sex with her husband.

Now, what I am about to say does not excuse unfaithfulness/infidelity. The chances are greater for your husband to commit adultery if you deprive him of sexual intimacy in your marriage. The chances are greater for your wife be unfaithful to you if you deprive her of regular and healthy sexual intimacy. Now, a couple should not have sex out of fear, but out of love for God and one another.  I believe the chances for unfaithfulness go down considerably when couples settle the exclusivity question very early in the dating and pre-marital counseling phase of their relationship.

Good sex begins when we experience sex only with our spouse. Paul, however, gave the second key or guideline to unlocking sexual intimacy in marriage.

The Greeks and Romans believed that the husband had certain responsibilities to the wife, primary among them the right of financial support. Beyond this, it was assumed that the husband would take lovers so long as he was discreet and did not embarrass his family. This was a “jacked up” principle, but it was a reality in Corinth. Paul squashed that with the quickness and would have nothing to do with this corrupt thinking and double standard. A Christian husband and wife could neutralize Satan’s attempt to hijack their marriage, not only by refraining from infidelity but by fulfilling one another’s sexual needs.

Part of the responsibility of marriage is to humbly and gladly meet the various needs of the partner (Gen. 2:18), including sexual needs.

Moreover, in marriage, each partner relinquishes certain personal rights, including the exclusive right to his or her own body. Neither person has complete authority over his or her own body in marriage. Note that Paul was careful to give both husband and wife equal rights in these verses. He did not regard the man as having sexual rights or needs that the woman does not have or vice versa.

Hold up, Marvin! Wait one minute!

Sexual intimacy between a husband and wife is non-negotiable.

Sexual intimacy between a husband and wife is non-negotiable.

If you are the wife, it is unbiblical for you to think or say:

“If you’re a good little boy, then we can have sex. If you are a bad little boy then I will withhold it from you.”

If you are the husband, it is unbiblical for you to think or say:

This is not how God designed sex in marriage. He designed it to be part of the marital benefits. Husbands and wives aren’t supposed to deprive, rob, cheat, withhold sexual pleasure from one another. If couples deprive one another of sexual intimacy, they are sinning against God and one another.

Now, I must admit, there are some factors that may contribute to one spouse depriving another of sexual relations in marriage. Sometimes, this is intentional and other times it is unintentional.

What are some reasons why a couple might deprive one another of sexual intimacy?

When it comes to having good sex – God-honoring sex, the key to fulfilling the sexual needs of your spouse is making humble adjustments. Men and women are different. However, women are vastly superior to men at being women and men are vastly superior to women at being men. Good sex happens in a marriage when both spouses release their rights and genuinely serve one another.

What if my spouse wants sex all the time? Do we have to have sex all the time? Can I get a break? Are there legitimate times, however, when a married couple can or should abstain from sexual intimacy? Paul says, “Yes, you can have a break from sex, and there is a time when you can abstain from sexual intimacy.” We’ll cover the third and fourth keys and answer some questions you might have, in the next post.

Check out The Way We Think About Sex Is Broken, and discover why God gave us the beautiful gift of sex.

What was particularly helpful for you in this post?

What would you add to help couples increase sexual intimacy in their marriages?