Well, ladies and gentlemen, in a stunning and historic upset over Hillary Clinton, Donald J. Trump is the 45th president of the United States of America. For many, this is a dream come true. For others, it is a nightmare from which they desire to be awakened. So, what do we do now? How should we respond? 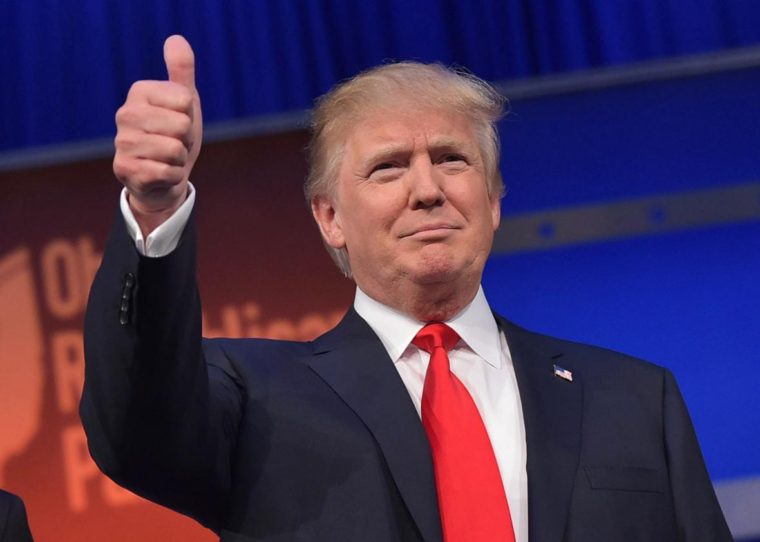 Who would have ever thought, a year ago that Mr. Trump would win the Republican nomination, let alone the presidency? Well, what seemed farfetched is now a reality. I am shocked, embarrassed, and disappointed that this was the best we had to offer the American people. But, this is the beauty of our democracy. Anyone can run for office, and anyone can win. Donald Trump, a brash Washington outsider, did just that. What do we do, now? How should we respond?

Many will party and dance in the streets. Others will walk into work today with a smug and arrogant smirk on their faces. A lot more will seethe with anger. While others will wear the garments of fear and anxiety. Some will consider moving to Canada? I don’t believe any of these are productive answers.

Here are at least eight responses we should have now that Donald Trump has been elected the new president of the United States of America.

The election results is a reason to grieve and mourn. Before you judge me, I would say something similar had Clinton been elected. In the Scriptures, people grieved and mourned after someone died. I believe when we elected Donald Trump as president, something died in America. Sensibility died. A sense of morality died. The ability to determine right and wrong died. The American people elected someone who has consistently insulted women, minorities, and the disabled. This is a sad day in American political history. It is a day of mourning. This is a day of grief.

I grew up playing baseball. One of the valuable lessons my coach taught us was if you lose, shakes hands and congratulate the winner. Congratulating the winner of a contest is just good sportsmanship. The American people and the electoral college have spoken with their votes. Donald Trump won the presidency of the United States. He is our new president. Plain and simple. Congratulations, President-elect Trump.

Keep living as if God is our King.

We may have a new president in the Oval office, but God is still King (Psalm 29:11). He is Lord of heaven and earth (Deuteronomy 4:39). God made the world and everything in it. Therefore, he can claim what is his. He rules over what is his. Whether people realize it or not, kings and presidents are God’s vice-regents. Though we have human kings and presidents who rule, God is enthroned in heaven and super rules. Our God is the same, yesterday, today and forever. Because he never changes, we can trust his sovereign hand and purposes. I went to bed and God was King, and I woke up this morning and he was still King. Some trust in horses and chariots, but we will believe in the name of the Lord our God.

Pray for our new President.

Your servant is here among the people you have chosen, a great people, too numerous to count or number. So, give your servant a discerning heart to govern your people and to distinguish between right and wrong. For who is able to govern this great people of yours?” 1 Kings 3:8-9

James says that just as it is disappointing for fresh and bitter water to come from the same spring, it is wholly inconsistent for blessing and cursing to originate from the same mouth (James 3:9-10). So, let’s spend time praying for, not preying on our new president.

Respect and honor our new President.

Paul, in Romans 13:1, says part of our responsibility is to respect those who have authority over us. To rebel against God-ordained authority is tantamount to rebelling against God. We live in a world with two kingdoms. We have a responsibility to respect and honor both kingdoms. However, our greater responsibility is to God and his kingdom (Matthew 22:21; Acts 5:29). If he doesn’t ask us to go against biblical values, then we have a duty to respect the office. Many Christians failed in this regard over the last eight years.

When President Obama became president, people disrespected him like no other president in history. They talked about him in disrespectful ways publicly and privately. They called his wife names. People didn’t just disagree with his policies; they hated him as a person. They dishonored the office and the man. I believe some did it because he was African American and they hated that a black man had authority over them. Again, not all people felt this way, but many did. I wonder if they knew they were rebelling against God who placed him in office. I wonder if they realized they grieved the Holy Spirit.

Live with eternity in view.

Presidential elections are temporal. Jesus’ reign is eternal. So, part of our job is to bring “up there down here.” We pray that God’s Kingdom will come and will be done, on earth as it is in heaven.” When we live with a long view in mind, we will not fear. God holds the future in his hands. This is a great time to renew our commitment to Jesus and to announce the only Good News that changes people’s eternity.

Work to bring unity and healing.

This election has ruptured the union. Our nation is divided and hemorrhaging. We are divided, especially politically and racially. This election exposed the underbelly of our country. We overlook corruption. It’s perfectly fine to lie. We can race-bait and be misogynistic without consequence. Our country is broken, and those who claim to be ambassadors of the One who is Healer must work extra hard to usher in unity and healing.

I know this sounds trite, but the best way to bring unity and healing to our nation is to love one another. Loving another person is fighting for their highest good. It is thinking about them before you think about yourself. It means getting to know a person before you judge the person. Working to bring unity and healing means celebrating our differences, not simply tolerating them. In 1 Corinthians 16:14, Paul summarizes what our posture should be.

Political leaders are not the hope of the world. Politicians make promises they cannot keep. They lie and spin the truth. They are flawed human beings. There is only One who is perfect and deserves our worship and allegiance. His name is Jesus, the Messiah. When we elevate political party over Christ and fellow brothers and sisters in Christ, then we have become idolaters.  Our response to sin being exposed in our lives is confession and repentance.

Yes, we have a new president, but we have the same Savior and Lord. His name is Jesus. He is the same yesterday, today, and forever. A thousand years after this election is history, Jesus will be just beginning his reign. Eventually, every knee will bow, and every tongue will confess that Jesus is Lord, to the glory of the Father.

What are some other things we can do, now that Donald Trump is our new President?