Violence! Violence! Before I pronounced the benediction in our first worship gathering yesterday, it had happened again. Someone said to me: “It happened again. There has been another police shooting. This time in Baton Rouge, Louisiana. Three officers were shot and killed and three more wounded.” My only response was, “Lord, please have mercy on us.”  What do we do? How do we move forward? 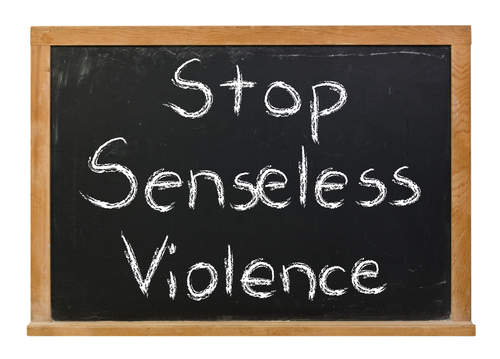 National and international violence have ripped and ruptured my heart. In the last four to five weeks, it feels like each day new violence meets me.

And, there are so many other violent situations about which we aren’t aware. When I look at this growing list, it feels like we have seen nothing like this before. My heart looks for shelter and solace. I am constantly praying for God to protect my heart against numbness and pessimism. I am persistently asking God for new mercy for new spasms of violence.

What Is Happening in Our World

This wave of violence is causing me to ask God, “What is happening in the world. Lord, I know you are always working, but would you please help me to see what you are doing in the world?  When I finish praying this prayer, I always get a gentle response: The world is no more violent today than it was last year or 20 years ago. Violence crushes our hearts every year. The difference is we can record, replay it, see it, and digest it twenty-four hours a day and seven days a week. When the media are consistently displaying graphic images, it feels like the world is more dangerous than it really is. The truth is, the world has always been dark and dangerous. And, we should expect more violence to crush our hearts like a stone crushes grain into flour.

I have told you all this so that you may have peace in me. Here on earth you will have many trials and sorrows. But take heart, because I have overcome the world.” John 16:33

Jesus said in the world we will have many trials and sorrows. Jesus predicted what is happening now in our world. So, we should not be surprised when things like this happen. And, we should not be surprised when sorrows weigh us down. Though we can expect these kinds of trials and sorrows to persist, we must never normalize them. We must never get used to them and become complacent. There is hope.

Though Jesus guaranteed us that in the world we would have many trials and sorrows, he also assured us that he is greater than the tribulations. As believers, we have a dual existence: we are in Christ and we are in the world. In the world, we experience hostile and crushing pressure, but in union with Jesus, we have peace. Jesus overcame the world and he has shared this victory with us. He is the strong man that came to ruin Satan’s kingdom. Let’s rejoice in Jesus’ victory today and ask him to give us peace that surpasses all human understanding.

So, friends, when violence strikes again, look at life through a biblical lens. The lens of Jesus’ victory. Take heart! Be courageous! Cheer up! Because Jesus won the victory, we can win, too. And, one day, when he returns, we will win the ultimate victory. No more violence, trials, sorrows and pain. I look forward to that day.